The upgrade of CABP's deposit ratings to A3 follows the upgrade of the BCA to ba1 and incorporates the benefits from unchanged assumptions of affiliate support and results from Moody's Advanced Loss Given Failure (LGF) analysis.
CABP benefits from a high probability of support from its parent CASA, based on CASA's full ownership and management involvement in CABP, the close association of CASA's and CABP's brands, resulting in high reputational risk for CASA, and the low risk that the parent would dispose CABP, especially in the context of CASA's 2020-2022 strategic plan, where international retail banking (including CABP) is one of the group's growth drivers. This results in CABP's Adjusted BCA of baa2, two notches above its ba1 BCA.
Finally, CABP's deposit ratings benefit from a very low loss-given-failure, due to the sizeable amount of deposits held by the bank, and a low likelihood of government support, owing to the fact the CABP is not systemic in Poland and is a subsidiary of a foreign banking group. This leads to a two-notch uplift for the deposit ratings from the bank's Adjusted BCA, to A3.
The outlook on CABP's long-term deposit ratings is stable, reflecting Moody's expectations that the bank will keep the current level of capital despite expected lending growth. Over the next 12-18 months CABP's credit portfolio is expected to continue to grow, bringing limited additional risks and allowing the bank to preserve its profitability in a low interest rate environment. 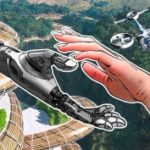