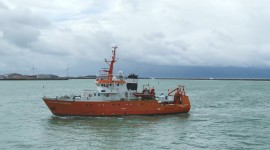 Plastic Odyssey is an international project to help solve the problem of plastic waste worldwide. Credit Agricole Group co-finances the construction of a special laboratory-ship, which in July 2020 will start a three-year cruise on the oceans around three continents: Africa, Latin America and Asia.
The vessel will be powered by fuel produced from plastic taken out of the water. The expedition will visit more than 30 ports. In every one the Plastic Odyssey team will join local communities to set up recycling activities and convert plastic waste into reusable items.
– As a company with global operations, we feel a deep responsibility for the state of the environment in which we all live and we want our children and grandchildren to enjoy a clean planet. As one of the 10 largest financial institutions in the world, we have many opportunities in this area and we want to use them for our common good – explains Jean Bernard Mas, Senior Country Officer of Credit Agricole in Poland.
It is estimated that over 5 billion tons of rubbish currently floats in the seas and oceans, and every day 19 tons of new rubbish goes into the water. They are everywhere: in the cool Baltic Sea, the hot waters of the Red Sea and the great oceans. The so-called big rubbish drifting in the Pacific Ocean, between California and Hawaii, discovered in 1997, is already five times bigger than the area of Poland.
"Plastic Odyssey" is obviously not the only action of the bank. Local events and actions for the fight against plastic are carried out in parallel. On 18-19 January, the first stage of the "Baltic Odyssey" took place – an action co-organized by Credit Agricole together with a well-known ecologist and traveller Dominik Dobrowolski. It consists in marching along the entire Polish coastline, combined with cleaning beaches and seaside areas. Other activities involving the bank's employees and customers are also planned: canoeing trips on rivers and lakes, participation in the Cleaning the World campaign and local educational campaigns. Information about all the actions can be found at: www.mniejplastiku.pl. 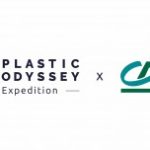 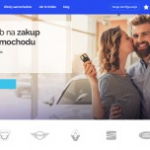