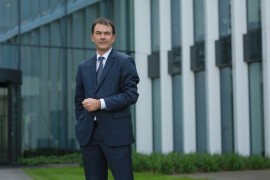 Jean-Bernard Mas has been with the Credit Agricole Group for 30 years, and with Poland as Vice-President of Credit Agricole Bank Polska since 2015. This highly professional and effective manager managed, among others, finance division; corporate banking, which is dynamically developing year by year and increasing its market share; the area of digitalization, back office and IT. In 2017, he supervised one of the largest technological and organizational changes in the history of the bank. The implemented program simplified IT architecture and significantly increased the number of projects implemented in the organization. Thanks to this, the bank is able to respond to customer needs faster, better and consistently takes advantage of these opportunities.

Recently, Credit Agricole has introduced new packages of personal accounts, innovative payment methods (BLIK, Apple and Google Pay), as well as a new CA24 eBank Internet Service. The activities and results of Credit Agricole were appreciated by the jury of national industry competitions. The bank took, among others, the first place in the category of small and medium-sized commercial banks in the ranking of Gazeta Bankowa. Its mobile banking aplication CA24 Mobile was recognized as the best secured mobile application in the Wprost Portfolio competition and had previously been awarded for biometric logging in the ranking of Gazeta Bankowa. The last award is not the only one in the area of innovation. Earlier, the bank received it for a telebot. The title of Bank Market Innovator was also awarded to the President of the Management Board of the bank. Credit Agricole also collected a record number of statuettes for advertising activities in the most important competitions in Poland, including Golden Arrow, Wizard, Silver Panther, MIXX Awards. Customers also appreciate the bank in surveys on satisfaction and quality of service. Credit Agricole is one of the most recommended banks, and its contact center has been located in the TOP 3 bank Contact Center in Poland for 5 years.

Jean-Bernard Mas's appointment as First Vice President of the Management Board and Senior Country Officer on 1 July 2019 does not change the mission of Credit Agricole, whose ambition is to be the most people-oriented bank and to provide customers with the highest level of satisfaction.

Olivier Constantin, who served as Senior Country Officer until the end of June, after a four-year mission in Poland and a significant commitment to the development of all the Group's companies in Poland, begins a new stage of his career and will manage Aquitaine Regional Bank in France.

Richard Paret returned to the Management Board of Credit Agricole as Vice President on 12 July. He will supervise corporate and investment banking, back office, change management and digitalisation. Richard Paret has been working in banking and the Crédit Agricole Group for 20 years. He joined the bank in Poland in 2014 as the director responsible for risk area. Two years later, already as Vice President of the Management Board, he additionally supervised the network and sales support in retail banking and SME, consumer finance . Until 2018, he successfully implemented a number of strategic changes in the areas he manages.

Bank Credit Agricole is a part of Crédit Agricole, which is among the 10 largest banks globally in terms of asset value, as well as the  leader in universal banking in France and the largest insurer in Europe. 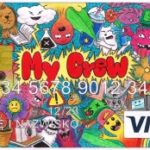 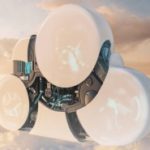